The Ford Transit Custom is one of the UK’s best-selling vans and it’s not difficult to understand its universal appeal. All versions are good to drive, cheap to run there is also a wide choice of bodystyles, with short & long wheelbases offered alongside single, crew and kombi cabs

In 2013 Ford split the Transit line-up, with the standard one tonne model being renamed Transit Custom while the bigger two tonne models remain Transit.

Interior quality is a big step up with a similar cabin to the Ford Focus and impressive levels of refinement. It’s comfortable with a forgiving ride while the 2.2 TDCi engine refined and returns meaningful performance. This is one van it’s a pleasure to spend time in.

In 2017 Ford replaced the trusty 2.2 TDCi with the 2.0 EcoBlue diesel engine. A six-speed automatic gearbox was also added to the range, for the first time. The four-cylinder EcoBlue diesel is a great engine; it has more torque and lower emissions than the old 2.2 unit, while refinement is better with lower levels of vibration and noise.

The Transit Custom was given a significant update in 2018, with a new cabin and higher levels of semi-autonomous tech. The interior was improved with better comfort and more storage, while active system systems – like lane assist and adaptive cruise control – were added to the range. The must-have option, however, is the cross traffic alert system which uses sensors to warn the driver of approaching traffic when reversing out of a parking space or driveway.

Short and long wheelbase models are available, the former of which has an overall length of 4.97 metres and the latter 5.34 metres.

The Transit Custom is excellent value, compared to its German rivals. It’s streets ahead of the competition in every aspect and is easily the most car-like of panel vans, both in terms of driving and refinement. Yet it remains as practical and cheap to run as ever making it quite simply the best van you can buy.

The Ford Transit is a great base van which Camper Kong can use as the basis of a beautiful yet practical camper. But remember that it’s YOUR ideas that make YOUR van so you can make it as personal to you as you wish. With a variety of colour and style combinations the only limitation is your imagination! 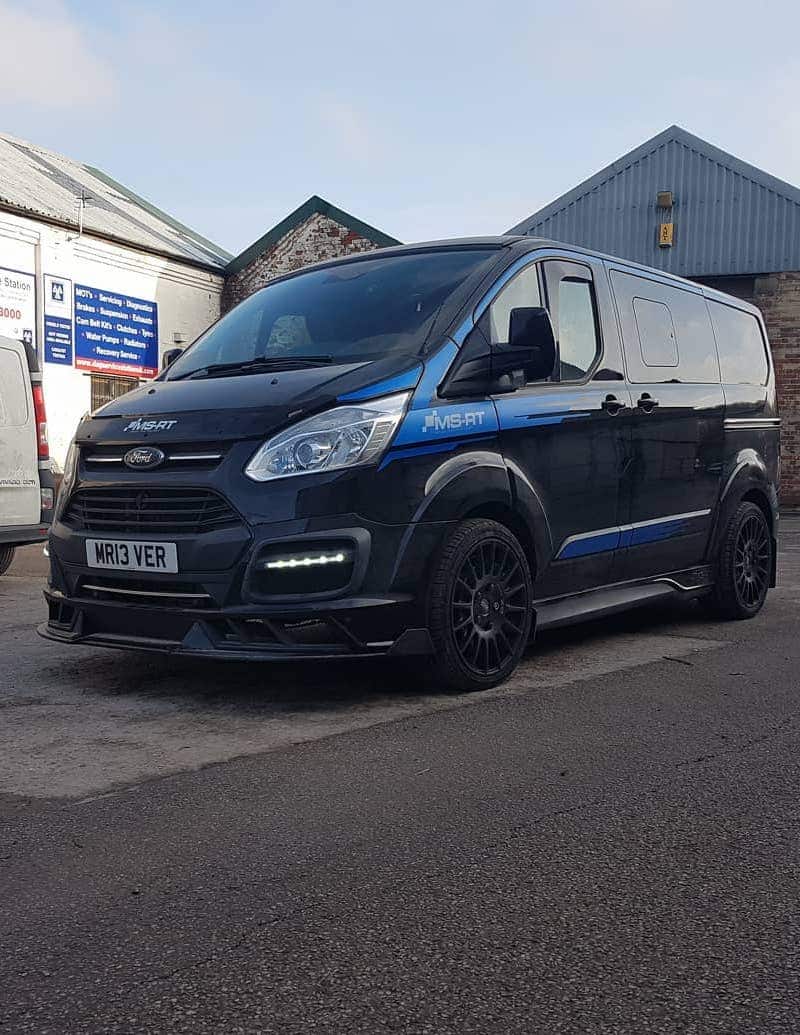 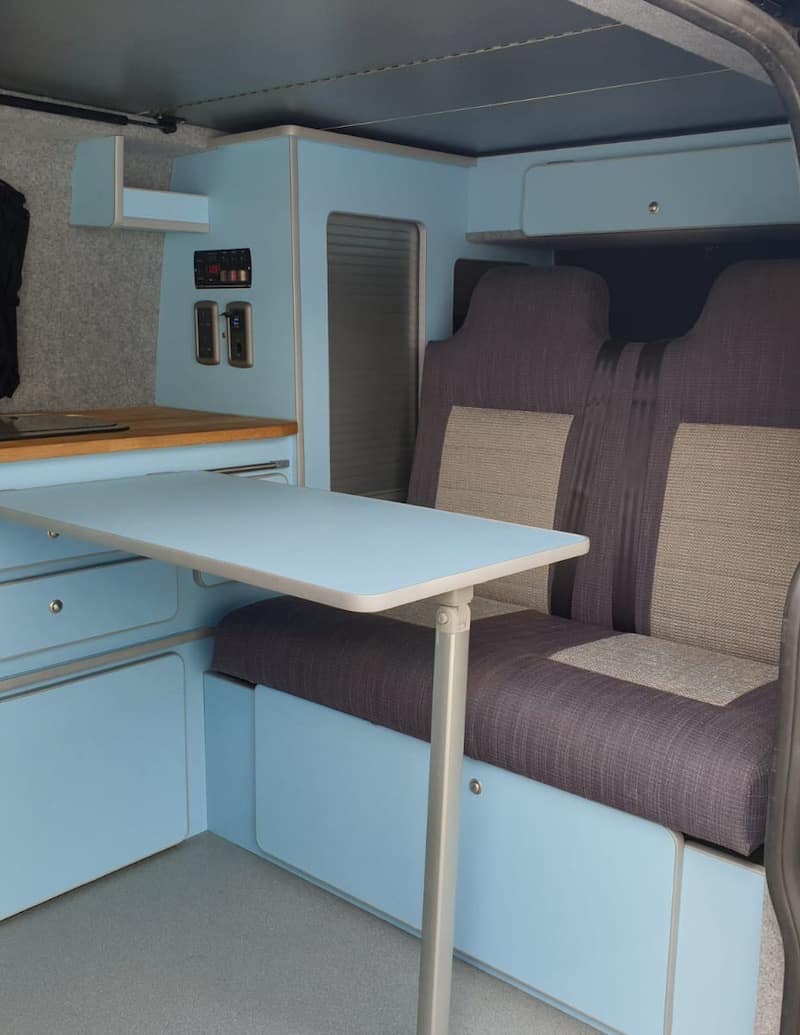 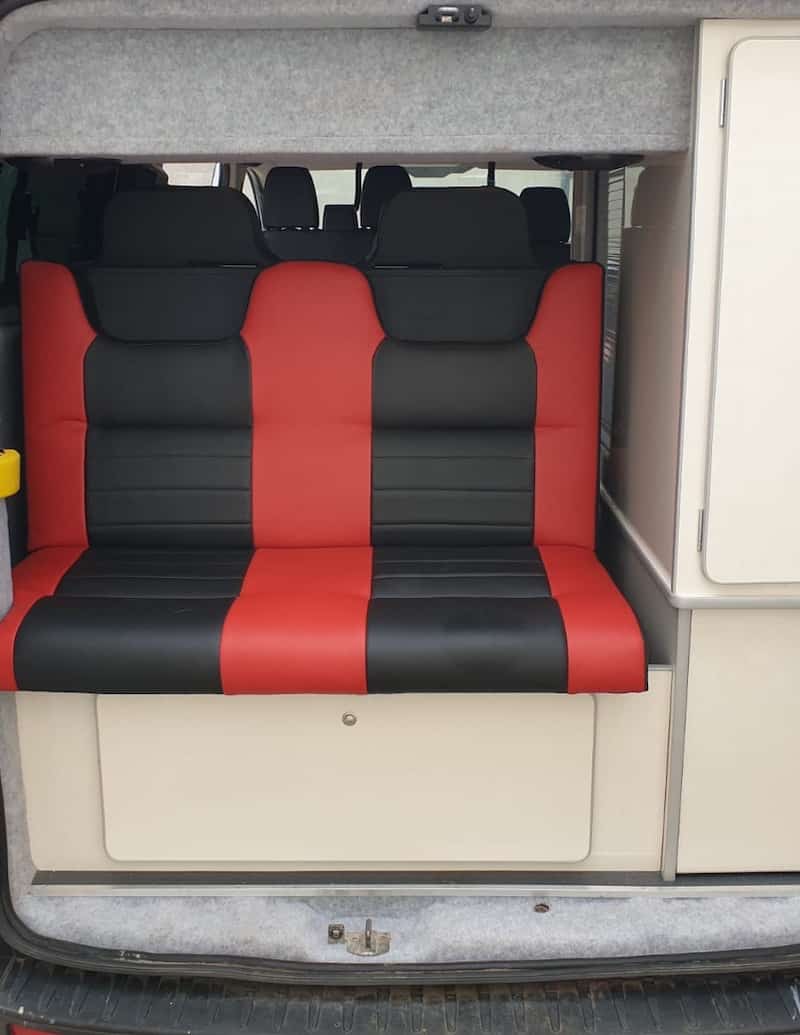 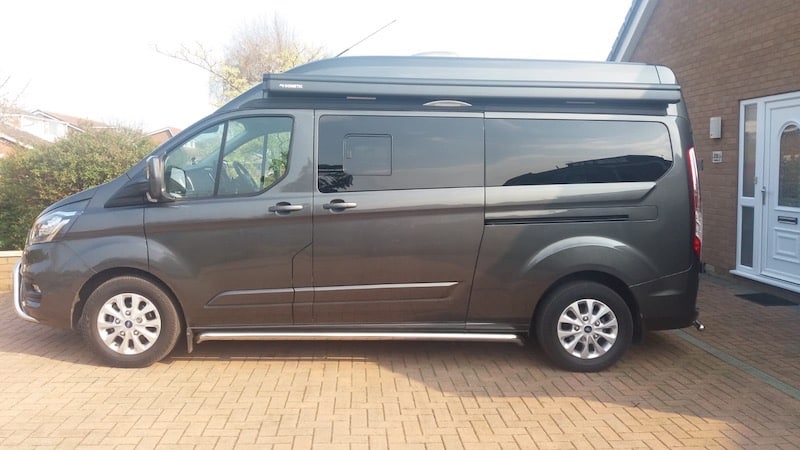 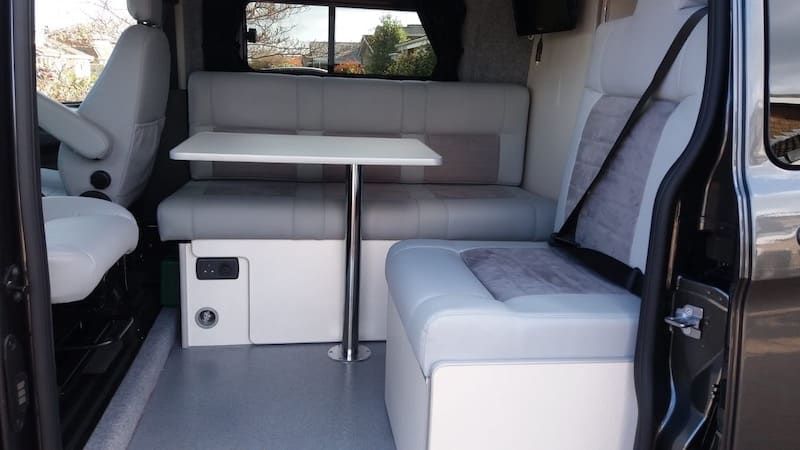 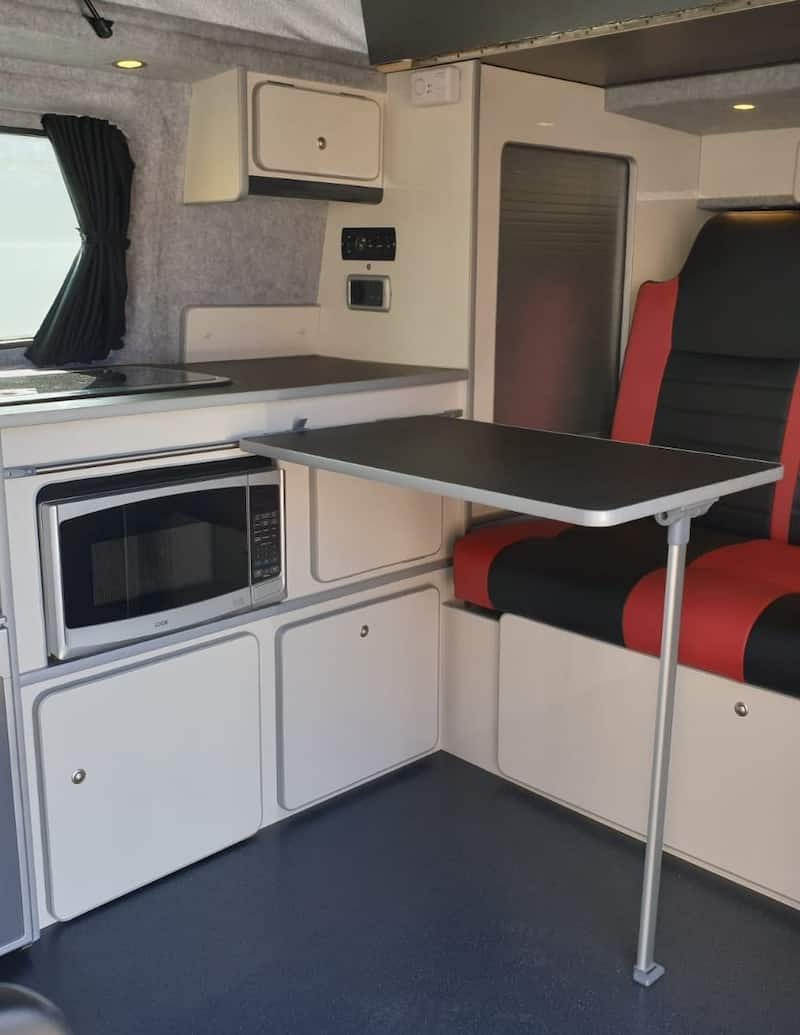 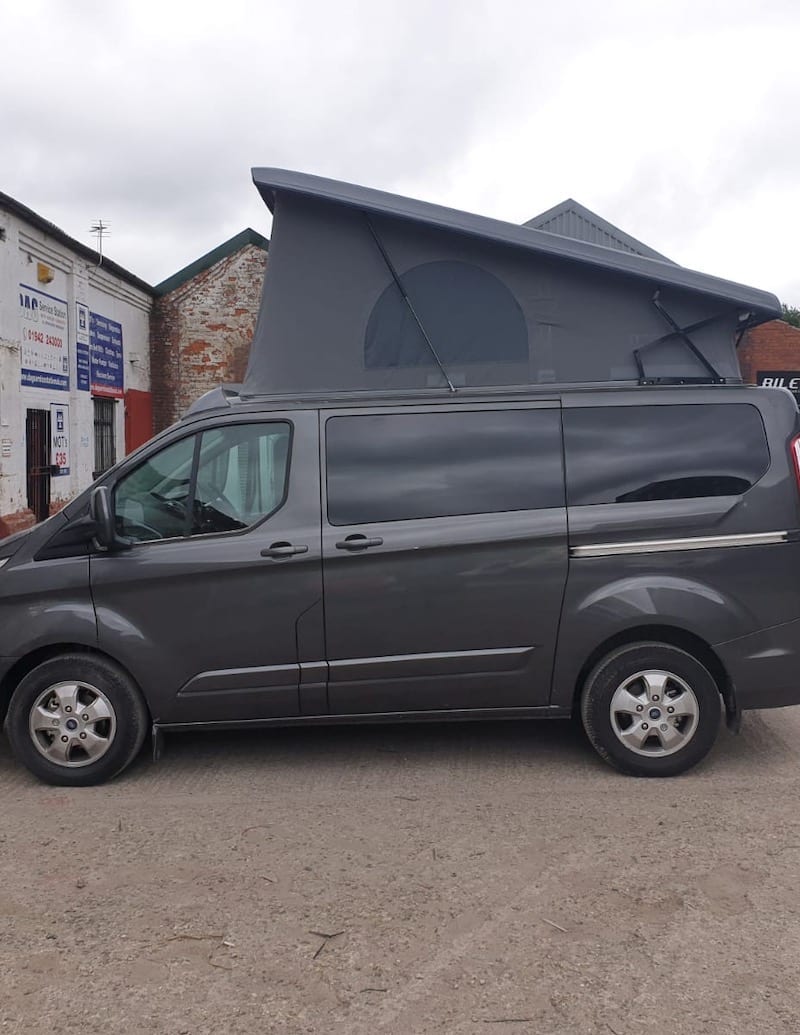 Recent photos of our current and recent build projects direct from Jason's Phone. Follow us on Instagram for all our build photos.

GET YOUR VAN YOUR WAY 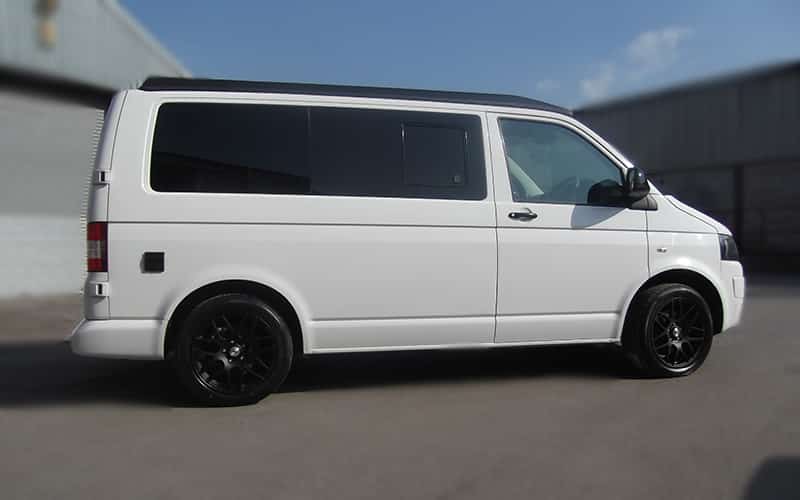 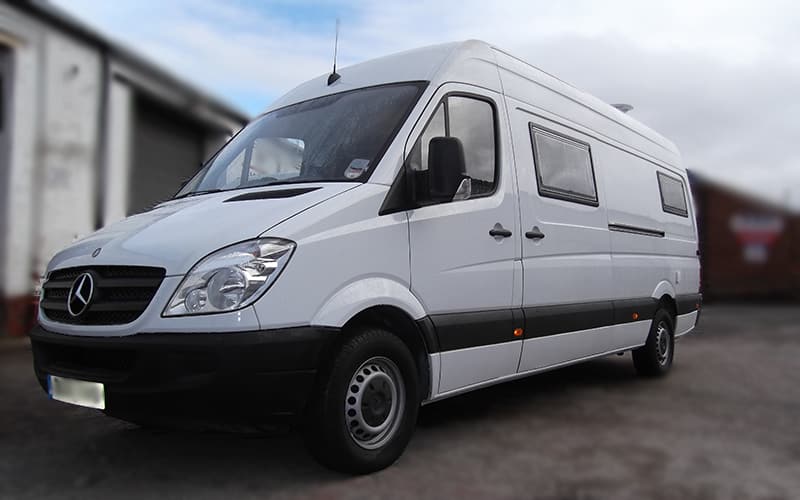 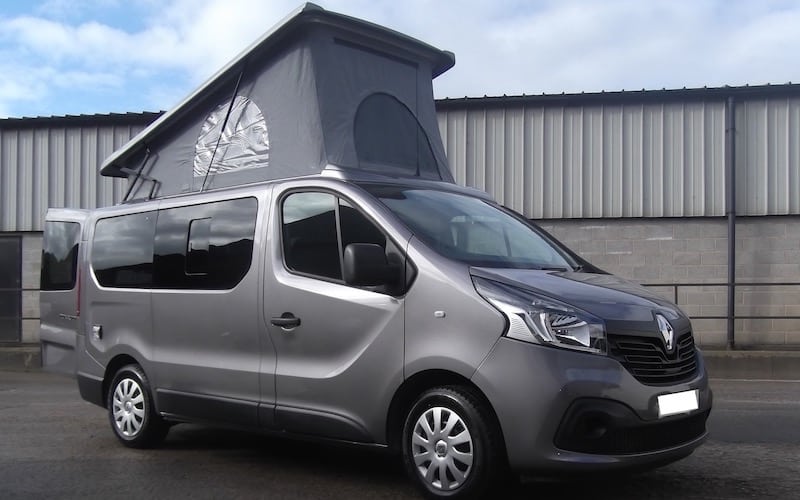 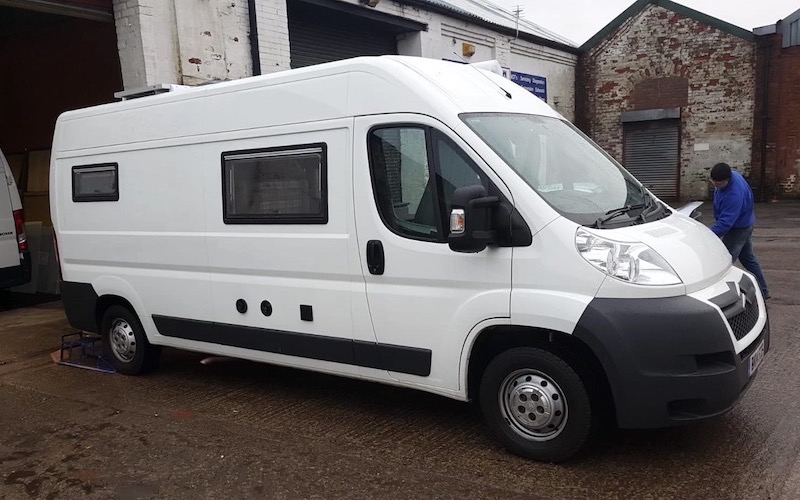 Give us a call to arrange your visit to the Camper Kong workshop discuss your van conversion ideas!

Send Us A Message